"My definition of Hard vol.6" with 'Deathface'

Mixhell presents "My definition of Hard Volume 6" with DEATHFACE by Therealmixhell on Mixcloud
We first met Johnny in a festival somewhere in France when he still was with his old band Guns n Bombs, since then we have been crossing our paths all over the globe and i have been noticing that his music is getting darker and darker, so i had to call him up to be part of this musical madness project called "My definition of Hard".
He delivers a brutal mix... that made us suppa proud!!!
Make sure u grab his latest stuff on Trouble and Bass records.
Love
Iggor and Laima


Now for some history…Johnny Love is one of the most provocative
figures in dance music. A native of Southside Chicago, Johnny rose to
infamy in his hometown in the early 2000’s throwing a series of events
at The Jerkstore that shunned predictable-dance-rock for eclectic and
loose cuts from minimal techno to French touch house. The parties got
so wild that Love was imprisoned by the Chicago police on more than
one occasion.


With things too hot in Chicago, Johnny moved to Los Angeles and formed
hard-hitting electro-house duo Guns N’ Bombs who were quickly offered
a contract by Kitsuné founder Gildas Loaec. After a vast amount of
critical acclaim and the making of many friends, enemies and frenemies
Guns N’ Bombs disbanded in 2009, and Johnny decamped to a hideaway in
Charlotte, NC to craft Deathface’s swift and deadly takeover and work
on various collaborations, including an amazing t-shirt through Mishka
designed by Seattle’s death-rock-obsessed streetwear giants Actual
Pain.

Africa is the future!!! Hello y'all....
This time we have the immense pleasure to bring you the volume 5 of our mix series with one of our favourite artists today.
His name is Dwid Hellion and he is a Gent based musician, producer, composer, video maker , merch king!
I met him in Cleveland, Ohio with Derrick Green during a Sepultura tour back in the days when he was still living in America and i was a huge fan of his band "Integrity".
Then we crossed our paths again in a toy store in Gent, Belgium and since then we've been exchanging lots of musical ideas and i hope to do a musical collaboration with him soon.
This is 44:37 minutes of "MIXHELLION"
I hope you guys enjoy this as much as i do!!!
Iggor Cavalera 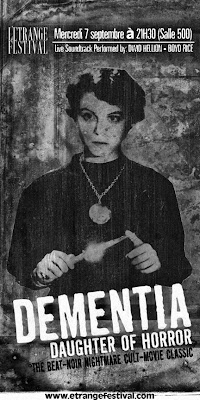 My definition of hard Volume 4 "Drumcorps"

Mixhell presents: My definition of hard vol.4 with Drumcorps by Therealmixhell on Mixcloud
We are sooo proud of the exchange of musical ideas that "My definition of Hard" series is bringing, not only we all get to know a bit more about our music partners, but is pure pleasure to go deep into their darkest musical tastes.
This time we have the amazing Aaron Spectre aka Drumcorps, the first time we heard Drumcorps we wore buying records with our great friend Stephan Dewaelle (Soulwax/2manydjs) in their hometown Gent (Belgium) at the awesome vinyl shop Music Man (R.I.P.) and when we put this album with a medieval cover on, it was like "whooooaaaa" i was blown away by how great "Grist" for us it was as fresh as hearing "Godflesh" for the first time.
Since then i got in touch with Aaron and we started a collaboration for a Mixhell/Drumcorps track coming out in the future on our record.
Please enjoy this awesome mix...
is pure gold!!!
Mixhell 2011


Drumcorps' Aaron Spectre started off playing drums and going to all ages shows in the wasteland of suburban Massachusetts. He was fortunate to have been heavily influenced by bands like Converge, Bane, and Cave In during his formative years. As his interests shifted to electronic music, he moved to NYC, bought turntables, and started producing ambient, jungle and drum'n'bass. In 2003 he relocated to Berlin, Germany, to launch his music career. He released several vinyl 12îs, and soon found a following playing at squats and raves around Europe. Spectre founded Drumcorps to synthesize the unlikely mix of electronic music production values and the raw power of American hardcore. The result is not for everyone, but to Drumcorps' devout fans, it delivers: Drumcorps shows are notoriously high-energy, cathartic affairs.

Drumcorps' debut full-length, Grist, won an Award of Distinction at Prix Ars Electronica, a prestigious yearly prize whose past winners include Aphex Twin, Chris Cunningham, and Peter Gabriel. 2008-2009 was Spectreís widest-reaching period to date, logging over 158,000 miles of travel, with gigs on four continents, including return trips to Russia and Japan, and debuts in Mexico, Taiwan, Australia and New Zealand. Spectre spent the better part of 2010-2011 putting the finishing touches on a much-anticipated follow up to Grist, as well as resettling in the USA. 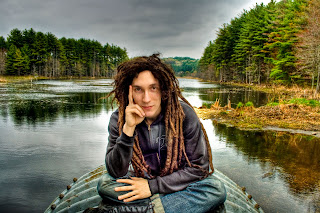 My definition of hard Volume 3 "The Jokers of the Scene" 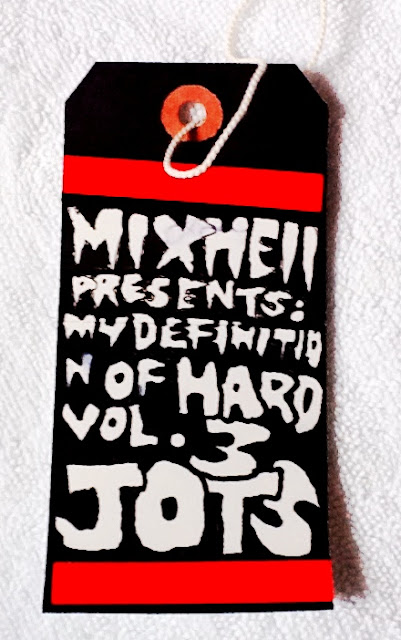 We are so freakin' proud to annouce our next guest on the "Definition of Hard" series.
"JOTS" The canadian masters of doom are our great friends, partners in remixes and tours gonna show you guys their darkest side on this amazing 1:48 minutes of pure golden madness.
Enjoy, download and spread the dark gospel!!!
"JOTS bloody JOTS"
I&L
Mixhell 2011